Shadow on the Prairie 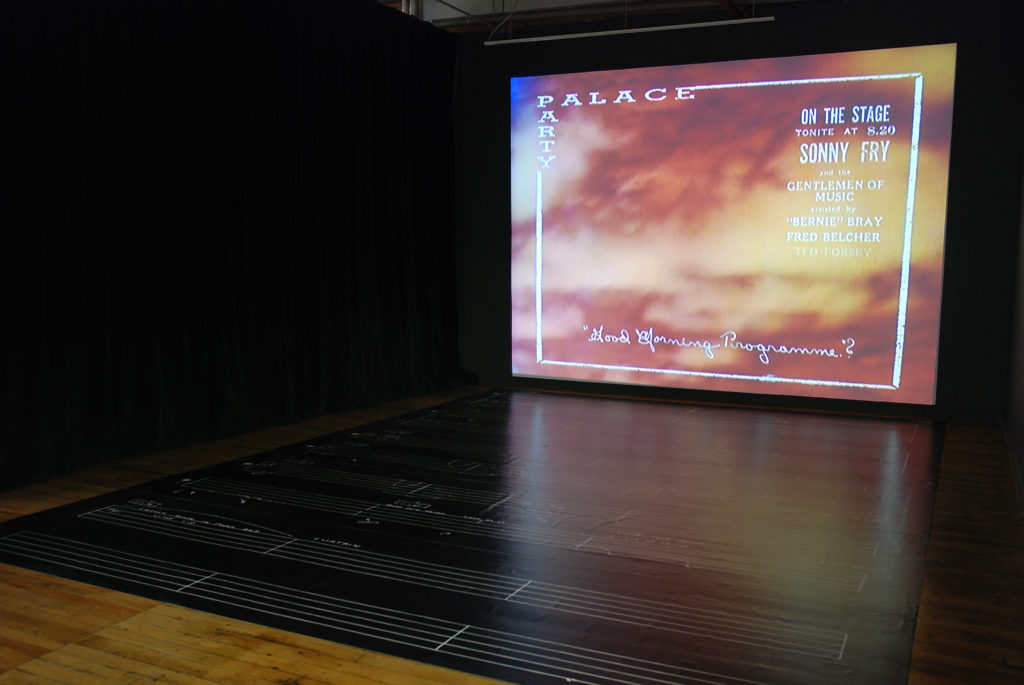 Performed by the Royal Winnipeg Ballet Company in 1952, the dance tells the story of Canada’s western settlement by means of a tragic tale of a once hopeful woman’s desperate struggle with the harsh landscape. Isolated by a long bleak winter, the young bride’s dreams of a new life with her pioneer husband fade away as she descends into a madness that leads to death.

Finding affinities between Lloyd’s portrayal of the challenges of pioneer life and my own family narrative, the semi-autobiographical work explores a family rumour about my great uncle, a closeted gay actor & nightclub singer who played in all-black revues of Vancouver’s supper club circuit in the 1930’s through 50’s.

Exhibition support from the Ontario Arts Council and A Space Gallery.