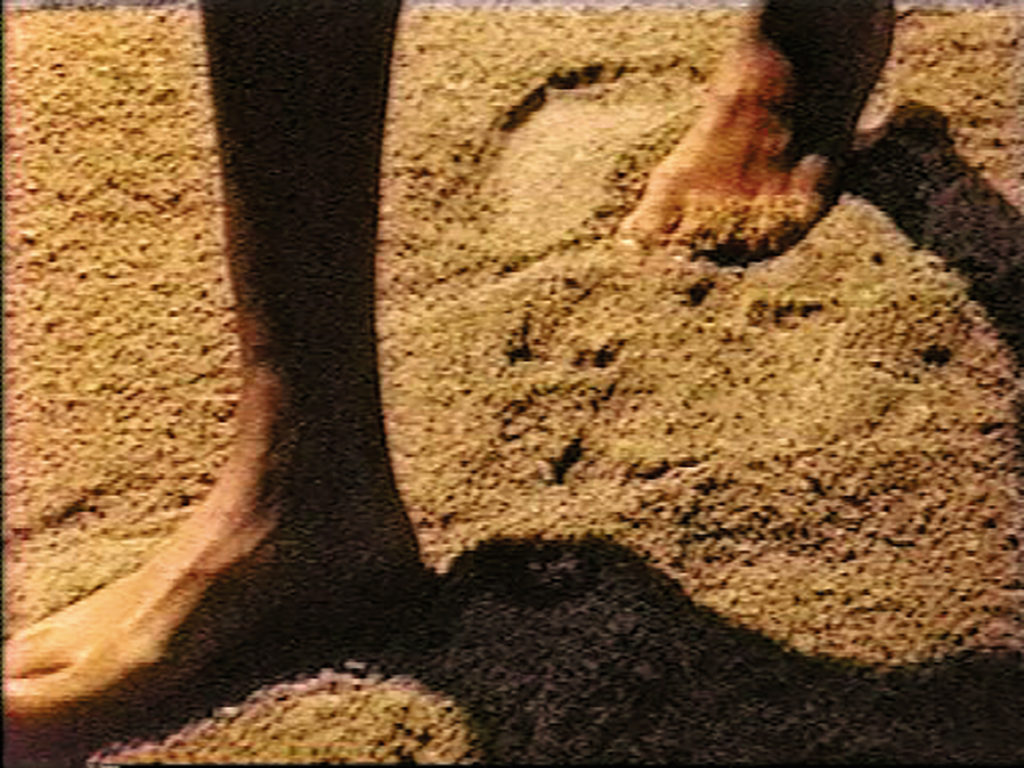 “Deanna Bowen’s sadomasochism hypnotized the crowd with its relentless pattern of footsteps on a beach, striking a match, civil rights footage, and S&M sing-a-long. The audience follows the bouncing ball as it denotes the dialogue between master and slave. The more disturbing the dialogue, the more Bowen pushes the audience. It’s a bold, brave and brazen piece not pulling any punches.”  – Si Si Penaloza, LIFT Newsletter, 1999

“Talent doesn’t get spotted. It spots itself. Deanna Bowen. . . works with the absolute certainty of someone who knows right in her bones that there’s nothing much she can’t do….”  – Peter Goddard, Toronto Star, 2000

“This stark but complex work documents a series of ideological passages with regards to the politics of race, gender and sexuality – in essence, a “coming of age”. Here, sadomasochism is much more than a game, it’s a metaphor for the transcendence of self.”  –  Images Independent Film & Video Festival, 1999

“With powerful imagery, and equally powerful words, this work places us in the both comfortable and uncomfortable seat of comprehension and recognition; offering us the material to question notions of self-determination based on what one is rather than what one isn’t.”  – Katharine Setzer, Image et Nation Lesbian & Gay Film and Video Festival, 1998

Funded by the Toronto Arts Council