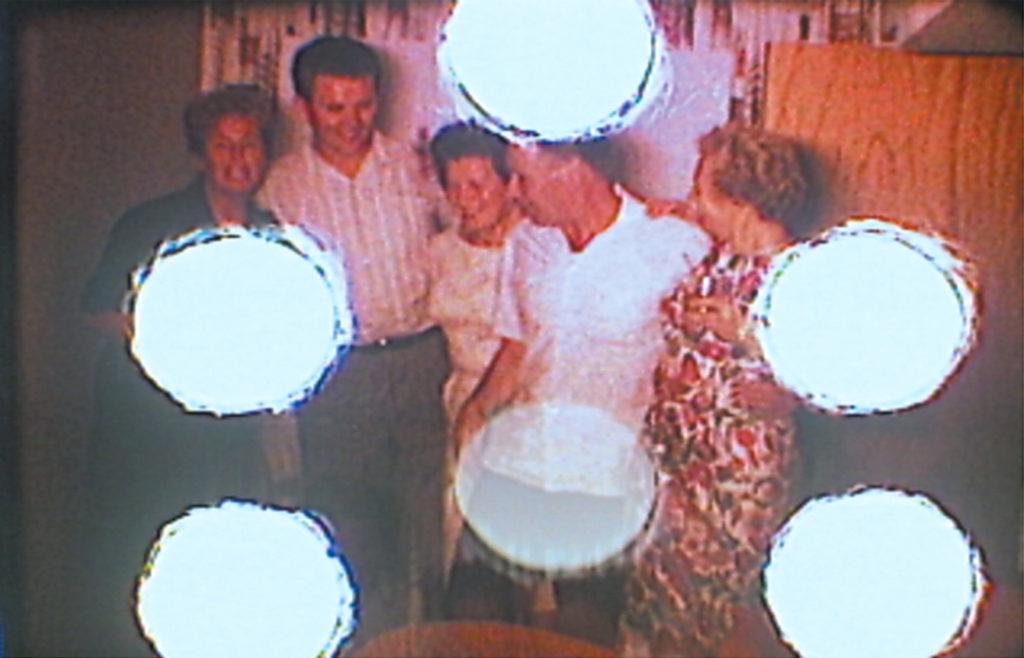 “Bowen returns with a multi-screen fairytale about a haunted girl and her cousin. Deutschland, like her previous sadomasochism, strains cinema through language, asking that we read along with a woman recalling her German roots while a four-play of home movies flicker by underneath the grave. The English text in the present is both summary and benediction (“The war is over”), understanding that memory turns the people of our lives into characters, and that all the characters are us.”   – Mike Hoolboom, Images Independent Film & Video Festival, 2000.

Funded by the Ontario Arts Council